If you’re going by land…

Because the Fireworks will be from a Barge at the Mouth of the Harbor, some traffic problems are inevitable. With human behavior being what it is, we can expect the majority of viewers to be at one of these locations. First, Fort Sewall. Secondly, Chandler Hovey Park (lighthouse) and the third location will be on boats in and outside of the harbor. By taking these locations in reverse order we can go from the least to the most intrusive. Boats on the water will not affect traffic beyond where the boaters park their cars to get to the boat. Weather permitting, I see all of the legal spaces filled early in the day.

Chandler Hovey Park will be relatively simple until after the fireworks.

The best vantage points lay between Clark Landing and Fort Sewall. To maintain proper access for emergency vehicles of all descriptions, a perimeter shall be set. This perimeter, once established, shall have the flexibility to expand quickly as the need arises. It is again anticipated that due to events of the Festival of Arts and other July 4th events legal spaces will be filled early in the day therefore greatly reducing the need for a parking limitation beyond that already governed by local and state laws.

The flow of traffic within the downtown area will be changed dramatically.
Here is the pattern as it now stands:

Such an occurrence will force the MBTA buses to terminate at Pleasant and Spring Streets.

The festival trolley system would be able to bring riders in and out of the downtown area using the aforementioned one way flow of traffic.
The outbound traffic following the fireworks will be as follows. Once the pedestrian traffic has cleared the downtown area and motor vehicles begin to move, traffic coming from Franklin to State will be turned up Mugford Street to Elm and Green Streets. Traffic will be diverted along Green Street to West Shore Drive to merge with traffic from the Beacon Street area.

It must be noted that all of the foregoing is subject to change and revision by the Chief of Police. Everyone is encouraged to walk as far as possible and to check this web site for changes. 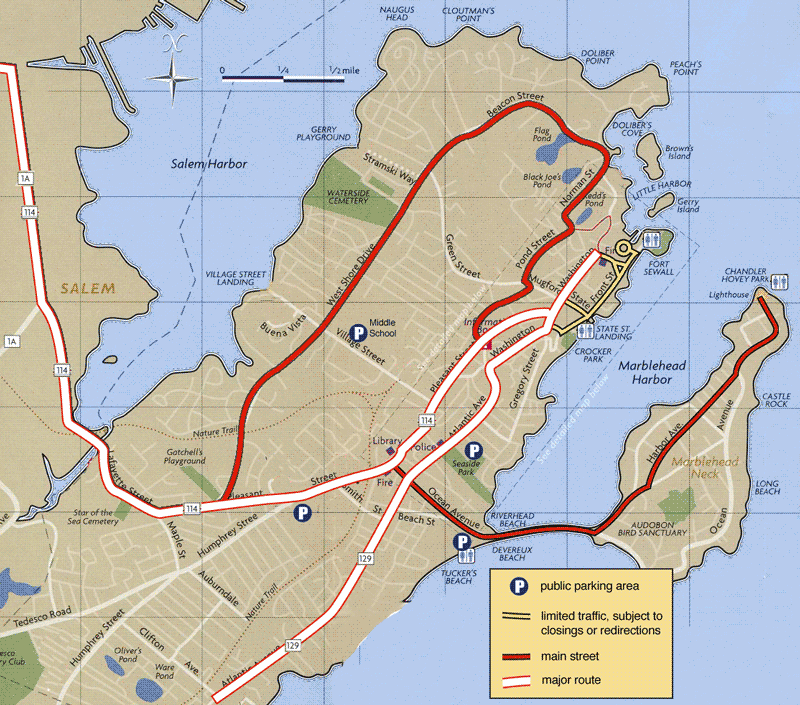 On-street parking is always limited in Marblehead. If you arrive early, your chances of finding a spot are a lot greater. Most people walk to their favorite viewing spots, leaving their cars at home or further from downtown.
Convenient lots are located at the Marblehead High School and the Recreation and Parks Department Building (intersection of Pleasant, Lafayette and Humphrey Streets), Gatchell’s Playground (intersection of Lafayette Street and West Shore Drive)… leave your car and stroll to a viewing point. Riverhead Beach is an easy walk from these central parking lots, and Marblehead’s Old Town is only 10 minutes away.

Stop for an ice cream on your way, get to your viewing location, and stake out a spot!
This is a time where you may see more tow trucks than you are used to. If you are not parked in a legal spot you can be pretty well sure your car will not be there when you return.

Enjoy the many supervised professional displays! 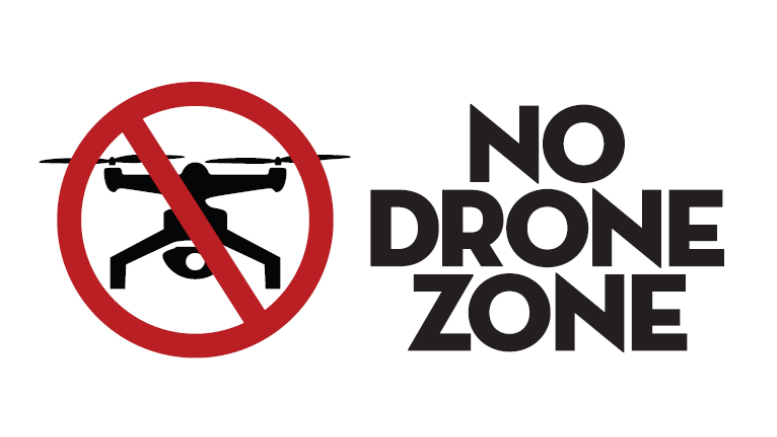 All across the state there are many professional fireworks displays supervised by local fire departments. Unfortunately, too many children and adult amateurs continue to set off fireworks that start fires, and cause serious injuries to themselves and others.
Fireworks can be deadly!

On May 20, 1997 a 26-year old man from Watertown was killed while he was lighting fireworks in a hallway. A 27-year old Framingham man was killed July 4, 1993, when his backyard fireworks exploded in his face.
On July 4, 1992, fireworks fatally injured a 30-year old man on a Fairhaven beach. A 45-year old Gloucester woman died in a December 22, 2003 house fire when somone threw fireworks and ignited the Christmas tree in the living room. Three other people were injured.

All fireworks are illegal in Massachusetts.

The possession and use of all fireworks by private citizens is illegal in Massachusetts. This includes Class C fireworks which are sometimes falsely called “safe and sane” such as sparklers, party poppers, snappers, firecrackers, spinners and cherry bombs, to name a few. Sparklers burn at 1800°F.

It is illegal to transport fireworks into Massachusetts, even if they were purchased legally elsewhere. Illegal fireworks can be confiscated on the spot.
Do not purchase fireworks through mail-order or on-line catalogues.
The distribution of mail-order catalogues that clearly state that fireworks are illegal in some jurisdictions cannot be prohibited. State and local police regularly confiscate illegal shipments of fireworks into Massahcusetts. Many unhappy consumers have lost both their money and the fireworks trying to circumvent the law.
Set a good example for your children.
Children imitate what they see adults do.
If you use fireworks children will imitate you, not realizing how very dangerous they are. Sixty percent of the fireworks-related burn injuries reported by hospitals to the Office of the State Fire Marshal were children under age 18.

MFIRS
facts!
In the past decade (1996-2005) there have been 577 major fire and explosion incidents involving illegal fireworks reported to the Massachusetts Fire Incident Reporting System (MFIRS). These 577 fires and explosions caused 17 civilian injuries, nine fire service injuries, two civilian fatalities and an estimated dollar loss of $1,647,187. This is quite a substantial amount since most fireworks related fires are outside brush fires and do not usually have high loss figures. A majority of these fires occurred during the week of the Fourth of July holiday.

We will light the fuse in:

Friends of the Marblehead Fireworks